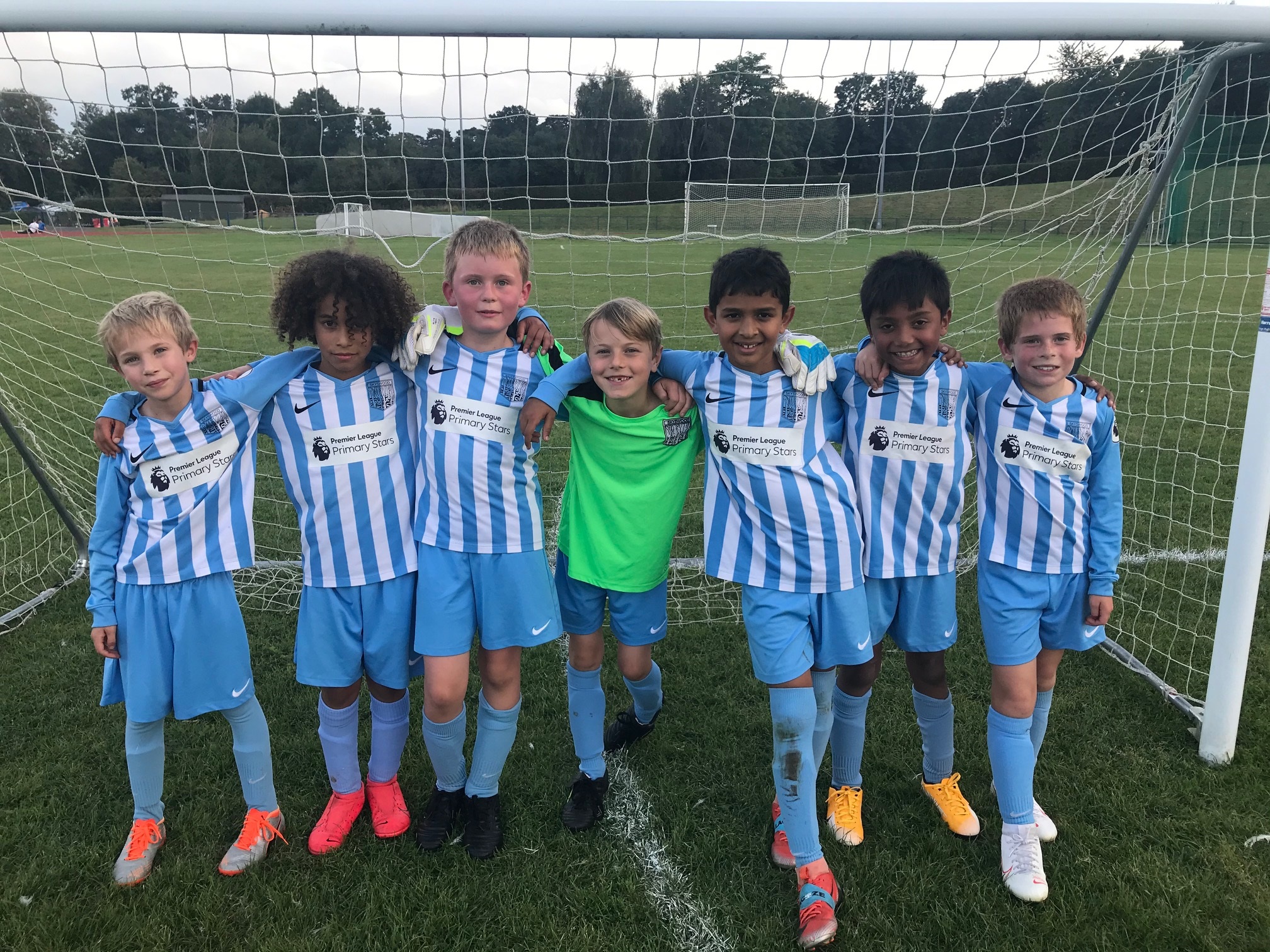 Our Year 4 football team enjoyed the opportunity to take part in a three-school Year 4 tournament at Westminster Lodge on Friday. All three teams were very evenly matched and Skyswood’s first game, against Wheatfields, was a thrilling encounter. Skyswood twice fought back from being a goal down, with goals from Joshua and Gian, before Wheatfields grabbed a late winner. The team played superbly throughout and grew in confidence, with Rory playing particularly well in a wide midfield role.

The Skyswood midfield once again shone in the second match against St Columbas. The team won 3-1, with two goals from Gian and a splendid strike from Ky. The midfield combination of Zidan, Matthew, Gian and Ky was a key strength, with Joshua showing great versatility and playing superbly in defence having shown us what a great player he is in attack! Charlie showed great speed and awareness in defence and Alby played well (in goal for the first match) and then out on the pitch. Alby had to leave promptly so apologies that Alby isn’t in the team photo… he’ll definitely be in the next one!