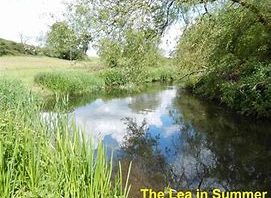 Year 3 carried out some extensive river studies in the River Lea at Wheathampstead on Monday 17th May. The children were split into six groups and enjoyed three main activities over the couse of the day. These included a river study analysing width and depth (even with the rain it was perfectly safe and the greatest depth was slightly over 20 cms in the middle of the river. The children also found beetle larvae, whirligig larvae and freshwater shrimp when carrying out their kick study. The groups also had the opportunity to take river photos that will form the stimulus for watercolour paintings back at school. A big thank you must go to Mr Jones for trusting us with his camera, along with the fabulous team of Mrs Lewis, Mrs Ahmed, Mrs McVeigh, and our volunteer helpers; Mrs Walker and Mrs Coates.

The children were an absolute credit to the school and, despite a ten minute downpour early in the afternoon, had a great time and learnt lots about one of our local rivers.